To Develop or Not, The Vote is Now!

Learn why the plan is bad, and most importantly, ATTEND! 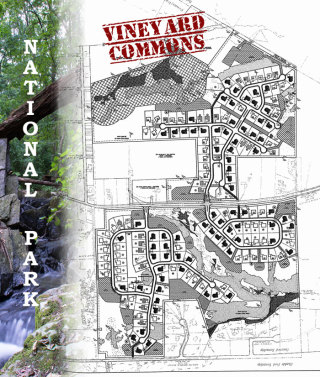 After nearly two years of fighting for Beaver Valley, we find ourselves just a few days away from a pivotal event. On Monday, February 23rd, the Concord Planning Commission will vote on whether to approve or deny the development of the 321 acre tract of Beaver Valley in Concord Twp. The fate of this hotly debated piece of land has the potential to become the gateway to Delaware’s First National Park or a concentrated housing development and a big box retail lot. The decision lies in the hands of 8 members of the Planning Commission, and the 5 Concord Township Supervisors.

Currently, the Concord Planning Commission is reviewing the plans that the developers submitted for the “Vineyard Commons” proposal, but they are at best unclear, incomplete, and misleading, and require literally dozens of variances (exceptions to the law). This proposal is being billed as a “by-right” plan (which means that the development plans would not require any exceptions to the current law), but there is ample evidence to suggest that this is not a by-right plan at all. In other words, if the proposal is approved, the township officials would be making exceptions to the rules that benefit the developers, while ignoring the cries of the people - something that the township leaders are continually criticized for doing.

It appears that the developers are doing everything they can to mislead the citizens by withholding important information and limiting access to the decision-making process through backroom discussions, canceling scheduled meetings and changing agendas upon commencement of public meetings. The Concord Planning Commission’s job is to represent the people and act in their best interest. Most would agree that the citizens’ right to know is more important than the developers’ right to build. Unfortunately, that concept does not always hold true in Concord Township.

This Monday, the Concord Planning Commission will vote to approve or deny the plans to develop Beaver Valley - and will also reveal whether they value the best interest of the people, or the best interest of the developers. It is up to you to hold them accountable for their actions by attending the planning commission meeting on Monday, and staying informed of their decisions.

Save The Valley, among other organizations, has raised countless concerns about the Woodlawn Trustees’ plan to develop Beaver Valley. To prepare you for Monday’s meeting, STV suggests the following reasons to SAY NO to developing Beaver Valley:

9 Reasons to Vote No

A team of experts from the Beaver Valley Conservancy looked through the plans and gave nine reasons as to why the plans are incomplete or misleading.

Citizens are asking "how many bites of the apple does it take to know it's rotten to the core?" 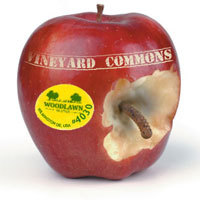 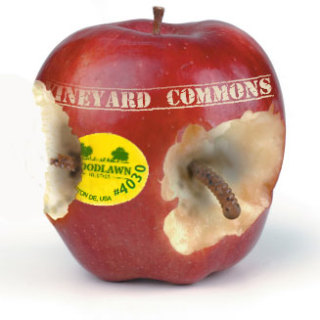 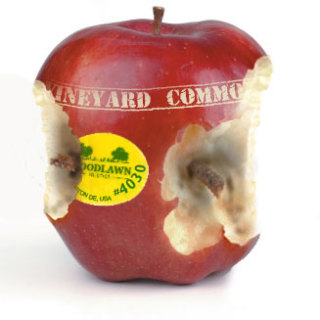 A “by-right” plan is what developers are allowed to build by law under the existing zoning. Anything that is outside the current zoning is not by-right. For example, you are probably allowed to build a shed in your backyard, but you’re not allowed to build a nuclear power plant. It’s your right to build what you want on your property as long as it follows the zoning law. A shed falls within in the zoning but a powerplant does not.

#1 - The developers plans provide absolutely no information about stormwater basins despite repeated requests for that information by the consultants.
The developers state that they will provide this information in the final plans. But the final plans are for minor, administrative items. Understanding how the hydrology and drainage from the development is critical to downstream owners of property, including the national park, the people in Wilmington whose water quality will be affected and others. The citizens have a right to know how the developers plan to manage runoff into the watershed.

#2 - There are no easements showing protected areas such as wetlands, streams, and historic structures.

#4 - The developers have requested waivers with regard to the construction of pedestrian paths even though they will transverse state and federal waterways (i.e., wetlands).
The state and county have laws in place to protect our waterways. Requesting waivers are a way of getting around these law. The Planning Commission should be obligated to reject a plan that does not follow the current law.

#5 - The developers have provided no information to address the existing drainage issues on Smithbridge and Beaver Valley Roads.

#6 - The developers have refused to show the total amount of forested land to be destroyed...
...including with respect to the 20 acres of stormwater basins they plan to install.

#7 - The developers refuse to address traffic until the final plan...
...even though the consultants point out that Beaver Valley Road can't handle the traffic load that the "Vineyard Commons" development would bring.

#8 - The developers have refused to provide plans to the degree of specificity required in the township code and requested by the consultants.
The result is that the developers can mislead the public and the township about the extent of devastation of the area. The developers say that the reason they can’t do this is because “there is a lot of land in the area and the plans are already 40 some odd pages long.” This is not a hardship; it’s a requirement of the code.

#9 - The developers have agreed to save a few more historic resources, but the majority of properties will still be destroyed and no hardship has been shown for the actions, as is required by Concord Township code.

What YOU Can Do

Now it's time to take action. Here's what you can do that will make a difference immediately.

Donate: Save The Valley is run entirely by volunteers. Your donations are a critical part of keeping this effort going. Please donate today, no amount is too small! 100% of your donation goes to saving Beaver Valley.

Spread the word!  Tell your friends, your family, your colleagues why this plan is rotten, and ask them to sign the petition, and attend the meeting too!