A Brief, But Comprehensive Guide To All The Parcels in Beaver Valley 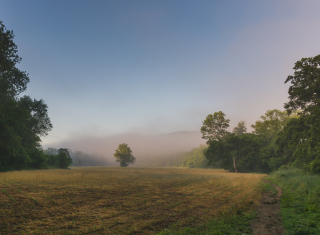 You’d never be able to tell while hiking through Beaver Valley, but that expansive stretch of pristine land is far from a single, unified piece of open space. The Valley, in fact, is divided into various “parcels” — individually delineated plots — each of which falls under different jurisdiction based on the state, county, and township in which it lies. Those particular governance considerations, compounded by specific zoning classifications and environmental regulations, can present a considerable obstacle to acquiring a firm grasp on the lay of the land and its fate in the face of ongoing threatened development.

This page is meant to aid that understanding! Below, you’ll find an outline of each parcel in the Valley and a description of its key features, its location, and its development status. Updated continuously as events in the Valley unfold, this active web page will serve as a constant source of the most current information on the quest to save the Valley….

Some maps to get you oriented

Let's start with a look at the entire area. You'll see Beaver Valley (in green) spans many state, county, and township lines. 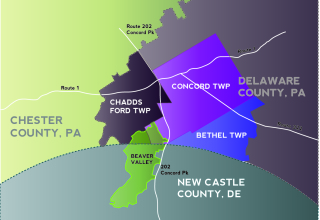 Within the area we consider to be Beaver Valley, the many parcels have varying "statuses". Remember this shape, we'll be referencing it throughout the article). 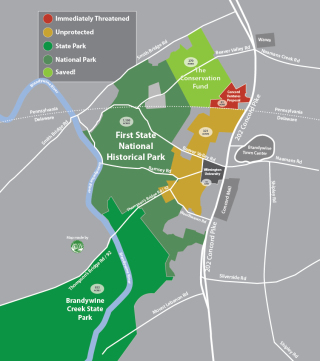 And for those who want to know the exact parcel lines and acreage, here's a more detailed view. 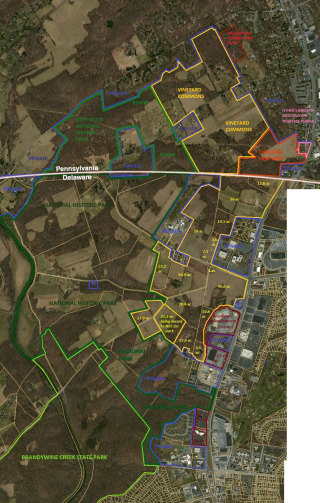 Now let's take a closer look at each of the parcels. 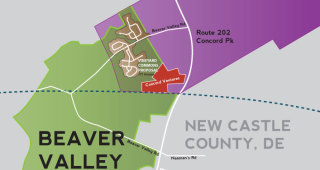 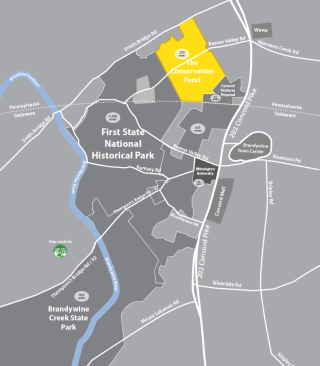 Description:
If you read the papers, the best-known and most-mentioned parcel in the Valley is “Vineyard Commons,” located in Concord Township, Pennsylvania. The majority of Town Hall meetings and activism events advertised by Save the Valley were geared toward protecting this parcel from a housing development proposal that called for the construction of 161 new homes on the 240-acres of the 270 acre tract. This plan posed dangerous consequences for the Valley’s ecology and its surrounding community: damage to Wilmington’s water supply, a loss of 3,500 trees and dozens of historic resources (many of which are older than the country), destruction of habitat to six endangered species and dozens of threatened species, and 1,000 or more additional daily car trips along Beaver Valley Road. Although the developer’s proposal creating these threats was in violation of more than 40 sections of the Concord Township building code, the Township’s board of supervisors voted to approve it anyway. In turn, Beaver Valley Conservancy appealed the decision and entered a year-and-a-half long legal battle.

In early November 2016, Judge Green of the Delaware County court system ruled in favor of the Beaver Valley Conservancy, ultimately rendering a decision that would force developers to comply with a smaller, costlier plan if they wished to proceed. Such unfavorable conditions left the developers uninterested in this parcel, and the Woodlawn Trustees (and the developers) had to consider their next-best option: selling it to preservation organizations. This has put the land in the hands of The Conservation Fund, which has promised to protect and preserve it for the community at large.

Thwarting development of that parcel is only one positive result stemming from Judge Green’s decision. An important, welcomed, and precedent-setting by-product is that the court order now requires the Concord Township supervisors who review and decide on any development proposals to follow more rigorous rules and guidelines in making those decisions. These guidelines include considering the environmental amendment to the Pennsylvania State Constitution in certain cases, as well as holding developers to more specific requirements. The process of developing land in Concord Township is now far more complicated and costly; hopefully, this will deter further proposals to destroy such otherwise unblemished areas.

More information on the specifics of the court order can be found here: 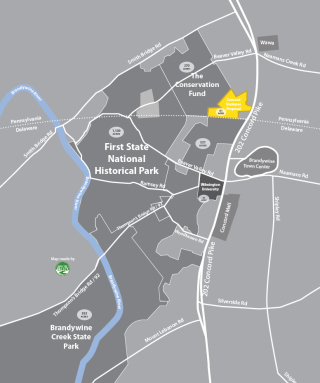 Description:
Located in Concord Township, Pennsylvania, this parcel is partially visible from the Route 202, the view blocked by a row of houses lined up beyond a grassy field on Watkin Avenue. The parcel contains a wooded area with rolling, terraced cornfields borderd primarily by conserved land and single family homes. The south branch of Beaver Creek borders the property to the west and the entire property currently drains into the creek. The parcel and the nearby neighborhood regularly experiences floods.

As of today, a total of 61 acres are set to become three high-rise apartment buildings and 29 townhouses that will ultimately bring 196 new residents, complete with increased traffic and pollution that will further destroy the clean air, unspoiled woodlands, wetlands, and waterways of the area. More specific details on the current plan to develop Concord Ventures can be found at http://savethevalley.org/posts/concord-ventures

Concord Ventures is currently the parcel that most urgently demands the effort and attention of Beaver Valley supporters. To protect this land from further development, make sure to take action, stay informed, and spread the word! First and foremost, share our article about Concord Ventures on Facebook, Twitter, or any other social media site and make sure to tag your PA elected officials when you do so. This will ensure that local politicians are kept aware of how deeply their constituents care about keeping development out of the Valley.

To maintain your political involvement, make sure to attend public meetings and hearings. There is one coming up on November 20th, 2017. Read the article here. Increased public presence at such events will make it apparent to the officials who render decisions about development that the public is aware of the decision-making process and passionate about its outcome; this will make it more difficult for them to keep secret any plans that are counter to the public interest. Sign up for our mailing list (at the bottom of this article) so that Save the Valley can inform you by email and the website of any upcoming public meetings. A few more actions that can make a huge impact for the Valley include writing to local newspapers and TV and radio stations, contacting state representatives and officials, attending Save the Valley events, and checking this page frequently to stay current on the state of the Valley. 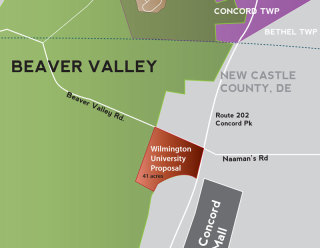 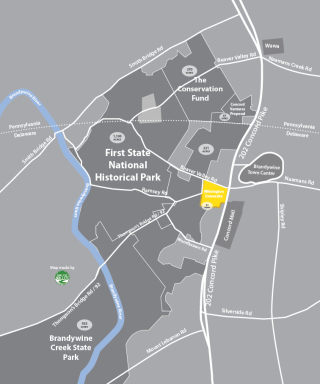 This portion of Beaver Valley is located in Wilmington, Delaware at the intersection of Naamans Road and Route 202. It is a 41-acre plot that is mainly recognized as a large cornfield extending from the National Historic Site to the edges of these two roads. As of January, 2015, Wilmington University has proposed building a 200,000-square-foot college annex on the property. The plans have been approved by New Castle County and construction has begun.

Some of the main issues with developing this small parcel include harm to Wilmington's water supply, damage to the First State National Historic Park through loss of a natural buffer zone between the protected land and vehicular traffic, and increased traffic — not only on Route 202 but also on back roads that were not designed to the handle the vehicular volume that would result from additional buildings and services in the area. Curiously, as of the latter portion of 2016, New Castle County had granted the school a traffic waiver, maintaining that the University’s proposal, if realized, will not result in increased traffic.

Most significant, however, is that Wilmington University’s plans to place their new annex on this specific parcel leaves them somewhat boxed in: With 202, Naamans Road, and various shopping centers on one side, and the National Historic Park and Wildlife Refuge on the other, any future expansion would bring about extreme complications, most likely causing the University to encroach even further on the precious open space remaining behind it. 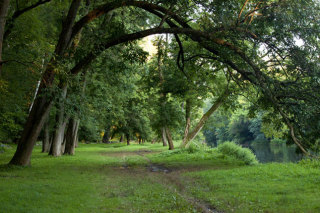 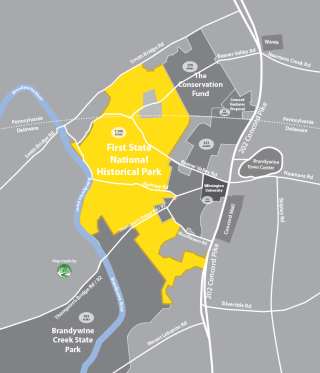 Description: Delaware’s National Historical Park forms the largest portion of Beaver Valley. It is located almost entirely in the Delaware section of the Valley, and comprises 1,100 acres of preserved land, that, as of its initial donation and federal designation in April 2013, became the 400th unit of the United States National Park System.

Although this land is currently protected by the federal and state governments, its pristine nature and its valuable function as a wildlife preserve are threatened by the development of the surrounding areas. The possibility of increased vehicular traffic and pollution brought on by such further development will damage the clean air in the park and threaten the habitats of the wildlife that resides there. Additionally, development of land surrounding the park destroys crucial buffer zones that smooth the border between the park and the commercialization nearby, and also introduce the possibility of unwelcome expansion of commercial areas into the park itself.

The park, initially designated as a "National Monument", has since changed its status to "National Park".

Go on a Google Trek through the FSNHP

Save The Valley is Powered by

A big thanks to Trolley Web for giving their tireless support to Save The Valley. They've been lending the use of their amazing website builder, called "Leiout". Leiout allows us to grow our facebook following while easily keeping our website up to date through a drag and drop interface. We highly recommend Trolley Web's services to anyone looking for a professional website, especially to those who want to grow their facebook following. 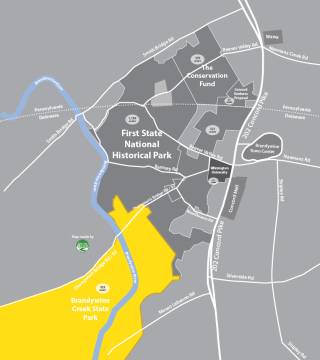 Description:
Brandywine Creek State Park is a large swath of land located in New Castle County, Delaware, that has been protected under State Park status for decades. This open spread lies directly adjacent to the National Historic Park, extending the Valley’s borders to make the space larger and more valuable for the endangered species that call it home, as well as for the dedicated citizens who enjoy its trails, streams, and scenery.

Description:
There are 321 unprotected acres remaining in Delaware. There are currently no plans for developing this land, but it could change at any time. 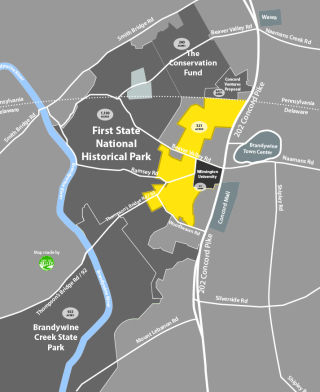 The unprotected acres in Delaware are shown above, in yellow.
Click image for larger version.

Get involved! Don’t just sit there and shake your head ruefully as you sit in traffic on 202, do something about it. Here's how:

First, tag your elected officials when you share this article on facebook so they know you care about keeping development out of the Valley.  Click the "share" button below, then tag any councilman, supervisor, senator, or representative that you're friends with on Facebook whom you would like to convey your stance to on this issue. When the share dialog pops up, use the @ symbol to inniate a tag.

Second, stay informed by following our facebook page (see follow button above) and joining the mailing list if you haven’t already.  In the near future Save the Valley will be initiating a membership campaign so that people like you can keep better informed and learn about ways you can participate in our efforts to stop this type of development.  Watch for that announcement and sign up and encourage others to sign up.

2017 Save The Valley. All rights reserved.
This website was produced by Trolley Web