Save The Valley For Dummies

A fresh look at what's happening in 2015

Now for the big question that everyone has been asking… Is the Valley Saved? In a word… NO! There is immediately threatened land in Beaver Valley that exists on both sides of the state line with large scale development proposals in both Delaware and Pennsylvania. This article will identify the exact location of Beaver Valley, exactly which land is threatened, and the different development proposals on that land. 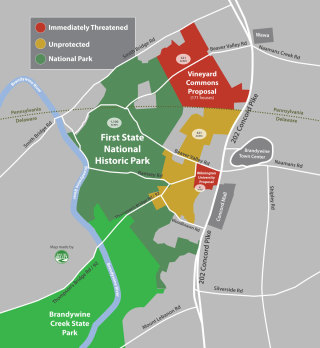 Recently there has been a lot of talk about the new National Park in Beaver Valley, and rightfully so - the creation of the (then) First State National Monument (in 2013) was a tremendous step forward in the protection and conservation of some of the most beautiful and historically significant land on the East Coast. This 1,100 Acre National Park benefits residents on both sides of the state line.However, the news of the redesignation of this land to a National Historical Park has caused a lot of confusion about whether or not the land in Beaver Valley is actually saved.

Only about 60% of the land in Beaver Valley has actually been protected, while the other 40% is either unprotected or immediately threatened with development plans in the works.

Save the Valley is fighting battles against the Vineyard Commons proposal (321 acres, 171 houses) and the Wilmington University proposal (41 acres, commuter college). More on that later.

Part of the confusion stems from the fact that Beaver Valley is bifurcated by many different borders. It starts in Delaware and branches into Pennsylvania, spanning across New Castle County in Delaware, Chadds Ford Township, and Concord Township in Delaware County Pennsylvania. This fragmentation causes confusion about the status of Beaver Valley because the three sections are under the jurisdiction of the county or township within which it resides. Each township and county has their own priorities and values*. *Chadds Ford and New Castle County advocated strongly to turn their pieces into a National Park, while Concord Twp has never voiced concern over their piece being left out, and in fact seems to welcome the idea of it being turned into a mammoth housing development. 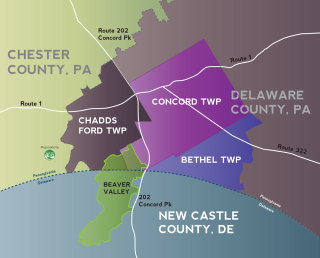 Back in April of 2013, 1,100 acres in Beaver Valley became the First State National Monument (FSNM). The Mount Cuba Foundation purchased this land from the Delaware-based developers, the Woodlawn Trustees Inc. for a reported $20 million. They, in turn, donated the land to the federal government. This parcel of land became the United State’s 400th unit of the National Park System.

Just last month, the status of the park was “redesignated” from “National Monument” to “National Historic Park” (FSNHP) which includes other sites throughout the state that recognize Delaware’s colonial heritage. Beaver Valley has been in the news lately because of this change in designation and NOT because any more land has been saved.

The FSNM was designated as a “National Monument” because it was brought into being through the Antiquities Act, where “national parks” are designated through an act of Congress. However, national monuments and national parks are really one in the same. The name (Monument vs. Park) says more about the process by which the land was designated rather than what it contains.

Take a look at the first map - notice the location of the 40% of unprotected land in Beaver Valley? Not only does this land border the First State National Historic Park, but it also is the gateway to it, and part of what some would call the most beautiful and historically significant land in the region.

Now let’s take a look at the two battles being fought in Beaver Valley. They are very different in nature due to their distinct types of development proposals, their jurisdictions, and the different stages in their procedures.

Location: Concord Township, PA (Beaver Valley Rd)
Acres at Risk: 321
Development Application type: By-right (what is allowed to be built under the current zoning law) - it is being disputed to whether this is an actual "by-right" proposal.
Have plans been approved yet: No
Proposal: 160 houses
First plans submitted: February of 2012 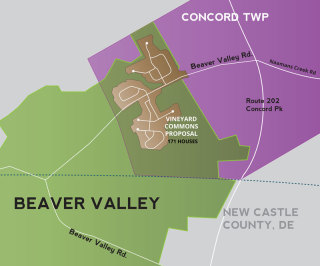 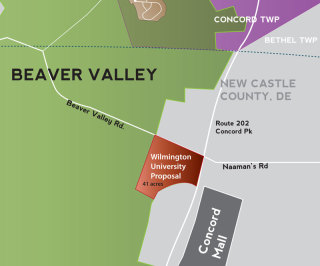 What You Can Do

Now it's time to take action. Here's what you can do that will make a difference immediately.