The use of eminent domain to establish public parks, to preserve places of historic interest, and to promote beautification has substantial precedent. 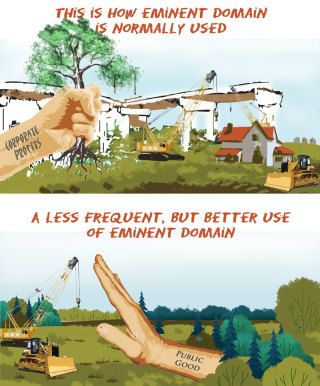 Over ten thousand people have voiced support for saving the Beaver Valley wildlife refuge. Despite this widespread opposition, the Woodlawn Trustees, Eastern States, and McKee are plowing ahead with recently resubmitted development plans to pave over their refuge. If they cannot be persuaded to do the right thing by selling their wildlife refuge to a conservancy, then our elected representatives, the Concord Township Supervisors, should take the drastic but legal step of seizing their wildlife refuge using eminent domain, a process usually seen as government overreach, but which in this case would be more than appropriate to protect a public treasure.

With funds to compensate Woodlawn at fair market value coming from various sources, the refuge could then be donated to the National Park Service and appended to the First State National Monument in Chadds Ford. There are many local, state, and federal precedents to support such a “taking” for land preservation, and there are many good reasons to override Woodlawn’s “property rights.” Woodlawn’s history of greenwashing the public, deceiving landowners into selling to them for “conservation purposes,” and purchasing much of Beaver Valley with public money (via their former tax exempt status) are just some of the reasons for seizing their wildlife refuge before they destroy it. While publicly portraying themselves as a “land trust,” Woodlawn is nothing more than a modern corporation demonstrating little regard for the public good.

"The concept of the public welfare is broad and inclusive. The values it represents are spiritual as well as physical, aesthetic as well as monetary. It is within the power of the legislature to determine that the community should be beautiful as well as healthy, spacious as well as clean, well-balanced…”

--The U.S. Supreme Court in Berman vs. Parker

The case for eminent domain

What is eminent domain?

Eminent domain is a right reserved by local, state, and federal government to seize private property if it can be demonstrated that doing so would benefit the public good.

The owner must be compensated at the fair market value of the expropriated property. To be clear, we are not asking Concord Township to assume ownership or spend taxpayer money to purchase it. We are asking them to work with third parties to cobble together the compensation for Woodlawn and then transfer the property to a conservancy or to the National Park Service.

When can government use eminent domain?

Eminent domain is usually invoked by governments to seize property in the pursuit of the public good -- as in the building of a highway or railroad or when public safety is at issue (as in the case of a dangerous building or imminent hazard).

Privately owned corporations are also sometimes given the right of eminent domain, or land is seized on their behalf in order to build pipelines, facilitate transportation, or run sewer & water supply through people’s properties. The use of eminent domain to establish public parks, to preserve places of historic interest, and to promote beautification also has substantial precedent.

Too frequently, eminent domain is used by governments on behalf of corporations and at the expense of the public good. This was certainly the case when the drug firm Pfizer, with the town leaders of New London, Connecticut acting on their behalf, seized an entire neighborhood. Eight years after the neighborhood’s seizure and demolition, Pfizer packed up and left town, throwing 1,400 people out of work and costing the town millions. Seizing Beaver Valley, on the other hand, would directly benefit the public -- not a callous corporation.

Eminent domain has been used in Concord Township before. In the mid 1970s, Garnet Valley School District needed land for schools so it seized approximately 170 acres that once belonged to the Willits family. In addition to leaving a large percentage of the land as open space, the district built schools, a library, and a school district admin building.

Concord Township purchased twenty or so acres of that land for its own use. The case for seizing Beaver Valley is even more compelling, though. The school district took a family’s land for the public good. In the case of Beaver Valley, Concord would be taking a corporation’s land that it deceptively acquired, land which is used by thousands of people every week. 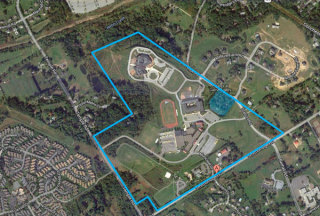 Part of the once huge Willits farm along Smithbridge Rd that was seized by Garnet Valley School District in the 1970's.

Eminent domain has been used in neighboring townships to save open space.

In 2003, right next door to Concord in Middletown Township 22 acres were seized to create a park on the site of the former Sleighton School at Valley and Forge Roads.

As required by law the township compensated the current owners at the fair market price for the land. In the late 1980s, Middletown commissioners approved a “declaration of taking” to secure the last pieces of a large tract of land near Wawa headquarters, but the township never had to actually condemn the land because the holdout members of the Darlington family decided at the last minute to sell their land to the township so that an enormous public park with wooded hiking trails could be created.

No other example better illustrates the statement (quoted above) by the U.S. Supreme Court than the seizure of 572 acres by the town of Telluride in Colorado in 1983. A developer purchased the parcel, which adjoined protected land, in order to build houses, hotels, and a golf course. The developer was unmoved by arguments to sell the land back to the town in order to keep it open, so with overwhelming public support in favor of conserving the land, Telluride’s town leadership moved to take the land via eminent domain.

Their position was that the public good would be well served by leaving the land along the San Miguel River as open space and protecting its recreational, ecological, and historical value. The state Supreme Court upheld the confiscation, saying “especially overcrowded mountain towns need to preserve their recreational and natural assets.”

The fight to save Beaver Valley from Woodlawn shares many similarities with the Telluride case. The overwhelming majority of residents in the area favor protecting the wildlife refuge, which lies just west of dense developments and a heavy commercial corridor. Like the 572 acres in Telluride, the 324 acre refuge in Beaver Valley adjoins protected land and provides critical habitat for endangered and rare species. Like the Telluride land, the public uses Beaver Valley for recreation and escape. Like Telluride, we have the right to preserve our natural and recreational interests in the Beaver Valley wildlife refuge.

If Woodlawn wants to destroy its wildlife refuge, then bold action should be taken to save it.

Woodlawn claims they want to protect open space on their website yet they have refused to sell their wildlife refuge to a conservancy even though this would raise huge sums of money for their affordable housing efforts in Wilmington.

Woodlawn created their wildlife refuge in the 70s, ringed the perimeter with a thousand “wildlife refuge” signs, built trails (and made maps for them), and required renters of their land to abide by “stewardship” rules. They also purchased much of the land in the valley from landowners who wanted to conserve their property. To Woodlawn, William Bancroft’s legacy seems not to matter. Overwhelming public support for preserving the refuge seems not to matter. The intentions of many of the original sellers seem not to matter. It seems, then, that the only recourse we have is to move forward by seizing Woodlawn’s land and then compensating them at fair market value for the property.

A look behind the Woodlawn curtain is another reason to move forward with eminent domain. At least one of the Woodlawn insiders (that we know of), Richard Julian, owns one of the construction companies that ​just recently ​re-submitted development plans ​to Concord Township to pave over the wildlife refuge Woodlawn created. His company, Eastern States Construction, was one of ​the original ​three corporations planning to carve up the public wildlife refuge for private profit (along with McKee and Wolfson). ​Now he's back, along with McKee, for another installment of betrayal and greed. ​

Should someone who has been entrusted to protect the wildlife refuge created by his predecessors be allowed to profit directly from its destruction?

What would the process be for seizing Woodlawn’s land?

The Concord Township supervisors would vote for a “declaration of taking,” a legal step which initiates the process of condemnation. Concord would then inform the Woodlawn Trustees that Concord intended to condemn and take possession of the wildlife refuge in Beaver Valley. In advance of that, Concord and a conservancy or other parties could assemble funding from various sources to compensate Woodlawn at the fair market value of their wildlife refuge.

Eminent domain allows for a property to be passed directly from its old owner to the new owner, so Concord would not permanently hold the title to the land and Concord taxpayers would not pay for this. The township would merely facilitate the transfer of the ownership to either the National Park Service, a conservancy, or the county. The land would be professionally appraised to establish the fair market value.

How do we get the Concord Supervisors on board with this?

The Concord supervisors have repeatedly gone on record as supporting open space protection, particularly the Woodlawn wildlife refuge, so this should be an easy decision for them. It would also be a chance to catch up to surrounding townships like Chadds Ford, Thornbury, Birmingham, and Middletown and their open space efforts. Moreover, here’s their chance to show that they represent Concord residents, the vast majority of whom are fed up with the construction free-for-all that has been visited on Concord over the last 20 years.

The fight to save Beaver Valley is certainly the largest preservation movement to ever take hold in Delaware County. If the supervisors don’t take steps to save Beaver Valley from the bulldozer, there will be a reckoning. This is something their constituents want, and they had better get on board. Otherwise, the public will elect a board who will do what the current supervisors won’t. 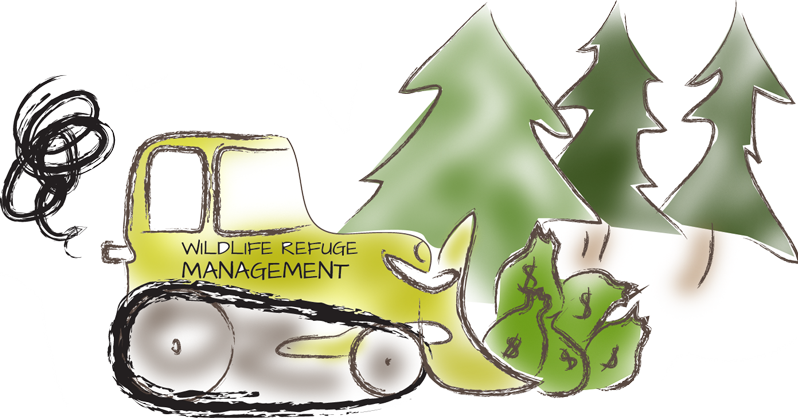 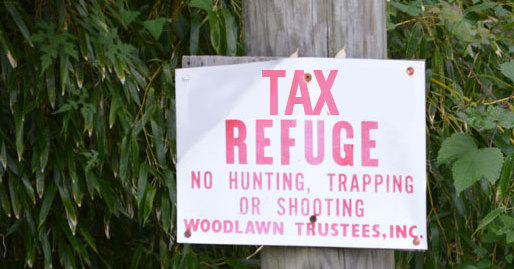 Woodlawn: Neither Clean Nor Green

What was Woodlawn’s original motive for creating its wildlife refuge if they're now trying to develop it? Now we know why, and strangely, it's actually good news.
See Story 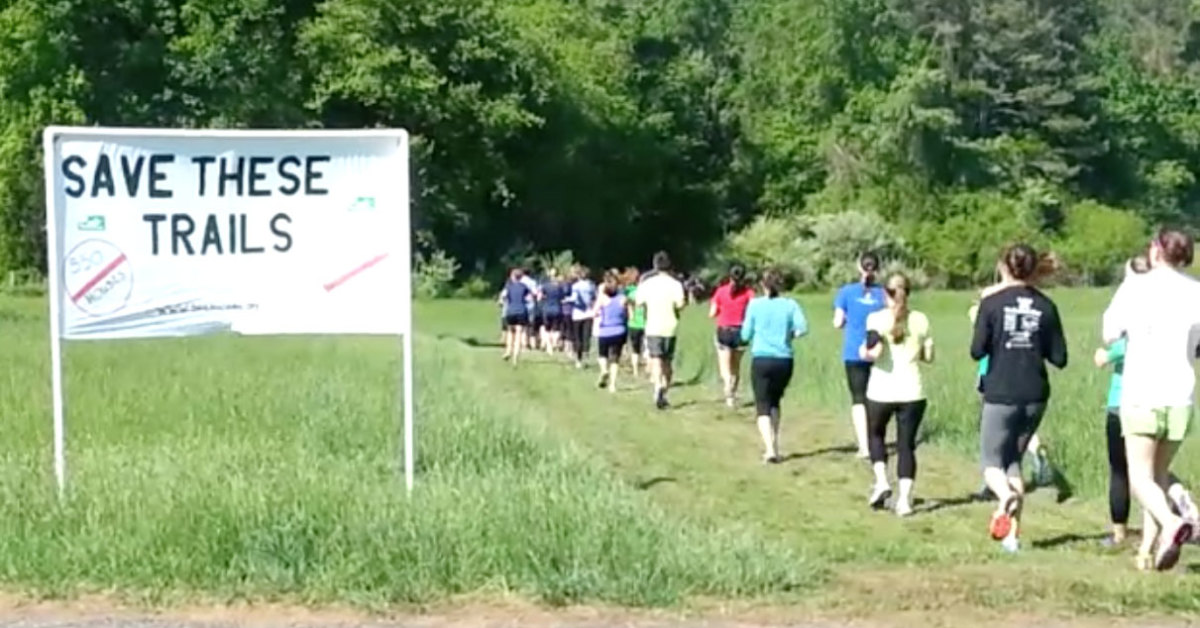 Woodlawn's Debt To The Public

For this installment of the Woodlawn saga, we want to elaborate on our earlier revelations. Did you know Woodlawn used OUR money to buy half of Beaver Valley?!
See Story

Join the discussion below