How many bites of the apple does it take to know that it's rotten to the core?

Tell the Concord Planning Commission to Vote "NO" on the Vineyard Commons Proposal! 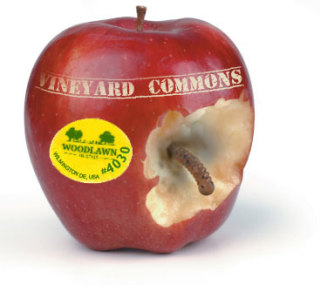 It's the Concord Twp Planning Commission's (CPC) job to review development proposals in the township and give a non-legally binding recommendation before passing it on to the Board of Supervisors. They have now seen the Vineyard Commons proposal six or seven times. Woodlawn, the developers, cannot seem to produce a plan that falls within the bounds of the law without being granted literally dozens of waivers. Because of this, the plan never passes through the CPC. The developers don't want a "no" vote, so the plans are withdrawn before the CPC finalizes their recommendation. How many chances would you grant to the developers to "get it right"? This plan is obviously rotten to the core. Tell the Concord Planning Commission to Vote "NO" on the Vineyard Commons Proposal!